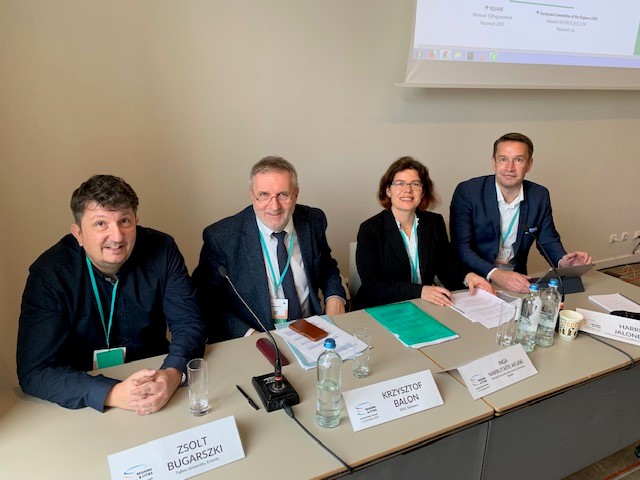 In October, we had the opportunity to present some preliminary findings from the CoSIE project at the European Week of Regions and Cities (formerly Open Days). This event, that receives more than 6000 visitors and offers more than 100 workshops and sessions, serves as an excellent platform for any European research with relevance for regional and local governance. Therefore, we evidently wanted to present what we were doing for a broader audience of regional and local policymakers in Europe as well for EU-officials.

In the session, we examined on a general level how local communities and citizens may play a role in creating policy that will influence, shape and reform public services. Given that co-creation is a poorly defined concept and is often used as a ‘buzz word’ within public administration, we found it interesting and fruitful to discuss these issues with people with other experiences.

The session involved three distinguished speakers, and a dedicated chair. Myself and another CoSIE colleague (Eva Hijmans, HU university of Applied Sciences in Utrecht) acted as dialogue partners interacting with the audience and the speakers. Using lessons learnt and preliminary findings from CoSIE, the speakers addressed issues as to what extent processes of co-creation and social innovation are of a different nature than ‘traditional’ technical innovation processes. Even though co-creation has received positive attention for enhancing the citizen focus in public services – for empowering ‘precarious’ citizens, and for encouraging the actions of a civil society – the discussions in the session emphasized the need to draw attention to the specific conditions in social innovation and co-creation that enable (often vulnerable) citizens to be involved in policy processes that will affect their everyday life.

Zsolt Bugarszki, (Tallinn University, and a member of the CoSIE project) introduced the topic by identifying five important elements that may explain why co-creation and social innovation usually take much longer than technical innovation processes. He pointed out such issues as: (a) the more complex context that social issues operate in; (b) that the tech sector usually has many more resources; (c) that social innovation operates within a heavily regulated area; (d) that the public sector doesn’t favour risks and doesn’t tolerate failures and finally; (e) that the public sector suffers from a lack of an effective support system. There have been a lot of highly successful and innovative start-ups in countries such as Estonia over the last decade; but there have also been failed attempts. It is important to do more research on the mechanisms that foster success.

Harri Jalonen (Turku University of Applied Sciences, and the Director of CoSIE) addressed the potential benefits and problems using social media and open data in co-creation of public policy. Open data and social media in the co-creation of public service innovation is a promising approach but not fully implemented. To what extent is open data and social media a solution or mechanism for more co-creation? We need to distinguish between different types of technological tools and consider for what types of solutions they may be of help. However, we know very little about how co-creation may be affected by digital technologies. Lack of data may hamper innovation, yes; but extant data has to be accurate and relevant to be of use. It seems that new technology is more useful for some services than others. There is evidence of its usefulness in, for example, spotting particular service gaps. However, there are remaining challenges to solve to be able to guarantee continuous, meaningful and legitimate interaction.

Another problem with using open data is how the data are selected and processed. Are we clear on its purpose? The design of the selection process involves a great deal of power relations. Pitfalls in the selection process might outweigh its gains for users. In addition, the use of social media, in cases involving vulnerable people, is problematic since its open exposure may cause problems.

There remains a series of problems with using open data and social media in co-creation in public services. How to reach vulnerable groups, how to secure their interests, while remaining sufficiently transparent. There is a need to be open to experimentation in order to find out what works in different contexts and with different users. Furthermore, we need to clarify and distinguish what co-creation is by exploring it in action; which is precisely what CoSIE is aiming to do.

Krzysztof Balon (Member of the Section for Transport, Energy, Infrastructure and the Information Society, EESC,) tackled the issue from an EU policy perspective, and urged for a more specific legislation and more dedicated funding at EU level in support for more innovative projects related to co-creation in public services. The EESC are working to strengthen co-creation as a method for creating added value in public services. However, the EU could do more, both when it comes to legislation and policy, and funding opportunities. It is important to put co-creation firmly on the EU agenda, as it would represent a better use of EU funding. Mr. Balon urged for support from the CoSIE project and its members to develop stronger opinions in the EESC for more focus on co-creation.

Inga Aflaki (Karlstad University and Linnaeus University, and a member of the CoSIE project), a co-creation expert from the CoSIE consortium, acted as a chair of the panel and summarised it with some thoughtful findings from the previous discussions. The main messages from the session discussion with the audience on whether co-creation of public services actually has positive effects on policy outcomes, and if it is capable of producing benefits for citizens may be summarized in 8 points:

The attendees in the session gave positive feedback, which was gratefully received. As one attendee wrote, “A very interesting project with a lot of potential”. Another quote from the audience was “Highly interesting – the differences in speakers’ styles were very activating!” At the end of the day, the CoSIE project gave a very successful performance in Brussels. My impression of the day is that we definitely need more research and insights on how to implement co-creation in public services in order to offer added value to citizens. 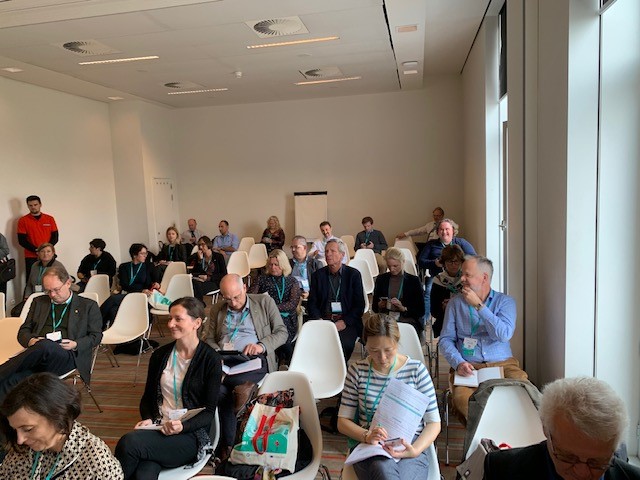