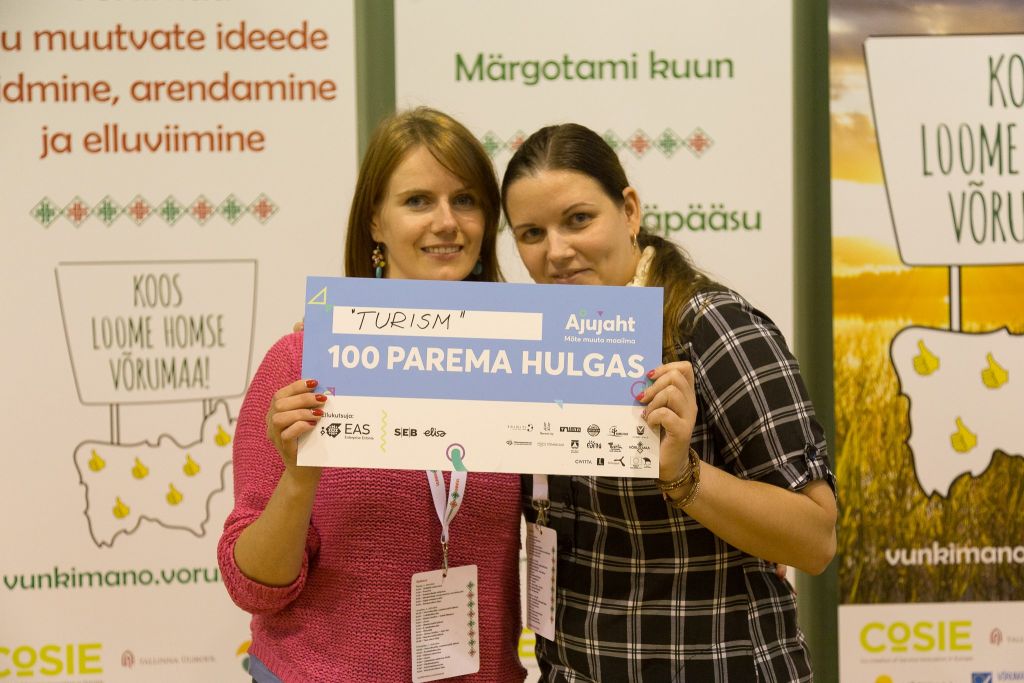 A hackathon originally is a sprint-like event in which computer programmers, graphic designers, interface designers, project managers, and subject-matter experts, collaborate intensively on software projects. The goal of a hackathon is to create usable software or hardware with the goal of creating a functioning product by the end of what is usually a 2 day event.

The word “hackathon” was created from the words “hack” and “marathon”, where “hack” is used in the sense of exploratory programming, not its alternate meaning as a reference to computer security.

When embarking on an event of this kind, it is crucial to select an adequate venue for the social hackathon event. The team from Vorumaa Omavalitsuste Liit decided to organize the event at a high school in Vastseliina, a village in Vorumaa county with approx. 500 inhabitants. The event started on Friday after office hours at 5 pm in order to maximize the numbers of different stakeholders.

93 people registered for the first Social Hackathon event and te final number of participants was 90. We identified three types of participant:

12 different ideas were registered for the event.

The main goal of the social hackathon event was to encourage participants to create small teams who would develop each idea, making sure that each team consisted of government representatives, different experts and community members.

The event began with pitching sessions of no longer than three minutes from each team, followed by a few short questions. Everybody could pitch, regardless of professional status or expertise. Fellow citizens, or service users were invited to actively participate in just the same way as ministry representatives or high-profile experts. 12 ideas were registered for the pitch and 2 ad hoc ideas were presented on the spot.

All the ideas were summarized on a large poster and placed on the windows and walls. After pitching theidea, teams stood in front of their posters and participants discussed the possibility of joining individual projects. The aim was to attract enough people with different backgrounds to create a team for co-creation.

Considering the low population density of Vorumaa county (34.000 inhabitants) and the lack of infrastructure and limited resources, we did not restrict our event to core social service-related issues. We believe that when resources are limited, we need to approach problems at a community level, mobilizing all sectors and every available local resource. We encouraged stakeholders to register their idea from very diverse fields (including tourism, education or business development) bearing in mind the ways in which their idea might contribute generally to the well-being of people in the area.

11 ideas succeeded in creating a team, including people and experts from different fields. The different teams received their own space in the building where they could start to work on the idea and prepare for the final presentation in less than 48 hours.

Another important element of a social hackathon event is a group of well-selected mentors. Teams were continuously supported during this intense event by different experts from the areas of service design, IT, marketing, team building or social science. We hired mentors from different fields who spent the whole weekend with the teams supporting them with tools to use and giving them feedback at the so-called checkpoints every 8 hours.

Teams were offered the chance to participate in different presentations and also received assignments and tasks to answer particular questions to validate their idea, or to practice the final presentation. During the development work, teams were required to use the CANVAS business development model, which has been adapted in Estonia for social enterprises by the Estonian Network of Social Enterprises, emphasising social impact instead of profitability.

The Estonian Network of Social Enterprises delegated not only its tool but also a mentor to our social hackathon event.