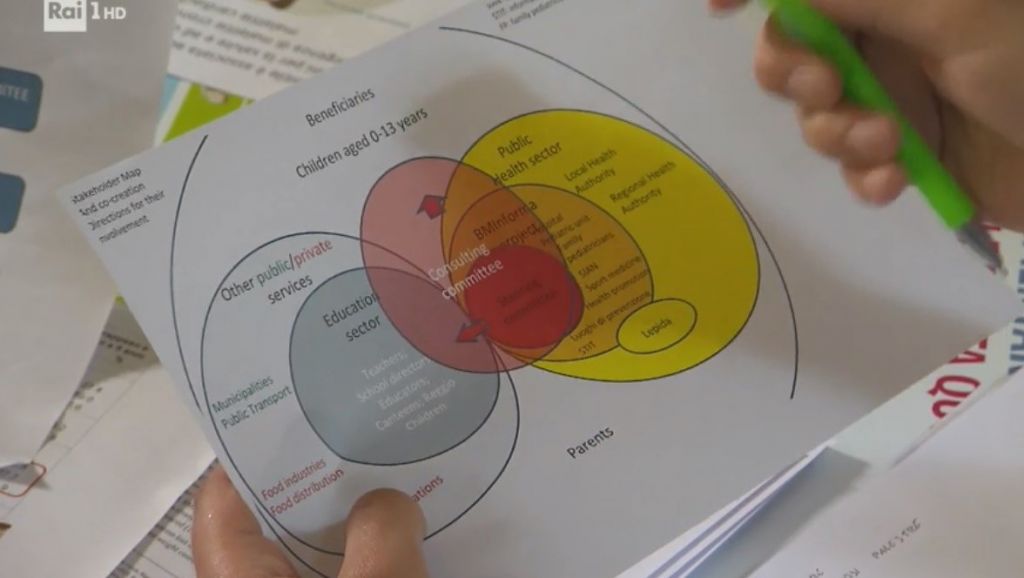 The national TV programme SUPERQUARK has recently been focusing on youth obesity and last August interviewed professionals from the Local Health Authority in Reggio Emilia.

The overweight and obesity issue has many unanswered questions, for both children and adults.

The world seems to have fallen victim to an uncontrollable epidemic, to the point that one death out of three is attributable to incorrect diet, poor physical activity and overweight. How is that possible?

Little evidence has been produced so far, despite the fact that many researchers are currently addressing the problem. Among the numerous strategies promoted for dealing with/preventing obesity and overweight, keeping people fit by eating properly and having an adequate level of physical activity seems to be the most suitable solution. And this is what the Reggio Emilia pilot project is aiming to do: promote and encourage healthy lifestyles among the local population.

In Italy, a country famous around the globe for its diet and food, the problem of obesity is a constant problem, especially among children. In this sense we have one of the worst records in Europe, along with other Mediterranean countries such as Spain and Greece.

In Reggio Emilia, epidemiologists and paediatricians have been working closely to face the problem of childhood obesity. The first survey provided by the Local Health Authority of Reggio Emilia started in 2011 to understand the transformations of weight according to age and habits. As the survey highlighted, weight, if not controlled, tends to increase with age.

An overweight child, of even two or three years old, tends to become obese in just a few years if he/she does not change the habits that contribute to weight gain. It should be noted that a child who is six and is obese has a 50 % chance of becoming an obese adult, with serious implications for her/his health.

Furthermore, being overweight during childhood often means putting in enormous effort to stabilize and obtain the right weight.

After analysing the problem in Reggio Emilia, an intervention project started in collaboration with all the family paediatricians. Children who were found to be overweight during the regular check-ups were invited with parents to a series of targeted interviews, scheduled some weeks apart over about a year. This experience led to the proposal of an App as a tool to make counselling more effective and allow longer follow up to treatment. A child health promotion-oriented App is now the main objective of the Reggio Emilia pilot project.

Co-creation is needed in prevention of obesity

The underlying idea of the Local Health Authority, as a Public Health Unit, is to implement effective interventions, for obtaining positive, suitable effects on all citizens. For this reason, every initiative is carefully studied, and subsequently implemented by those who work in the field. Only by collaborating in this way can one be sure of developing strategies that have a real effect.

Finally, after the experimental phase, solutions were identified – i.e. what works and what does not.

Prevention of obesity cannot be provided solely by the health service. In Reggio Emilia, a co-creation process started, within the framework of the European Commission funded project CoSIE. The Local Health Authority is also working with the municipalities, who are required to establish pedestrian pathways, with schools and with parents so that healthy choices are increasingly easy to follow. 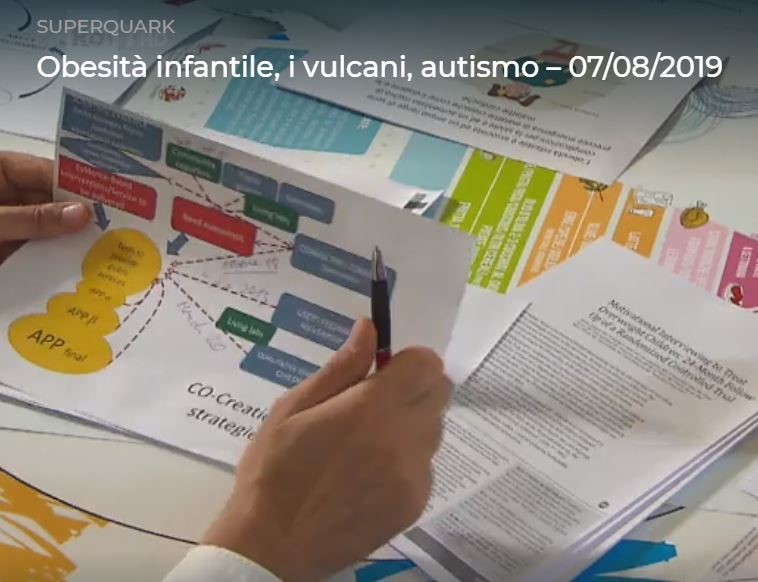