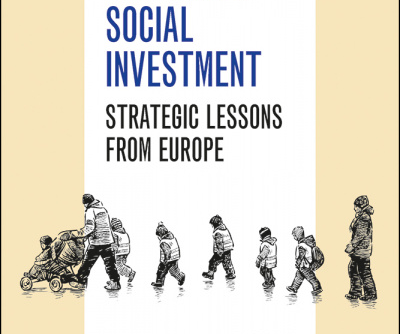 CoSIE is inspired by the idea that public sector innovations can best be achieved through new relationships between service providers, decision makers and – most importantly – people often referred to as ‘beneficiaries’ or ‘service users’. Our pilots are working with them to develop and refine different ways of expanding their roles and responsibilities in designing new solutions from the ground up. Although elements of change in this direction have existed for many years, CoSIE is ambitious to reach out to people and groups whose legitimate knowledge and expertise in their own lives are rarely acknowledged.

The CoSIE consortium’s distinct understanding of the possibilities of developing a bottom-up approach in public services has been informed by our partnership on an earlier project. This was Innovative Social Investment Strengthening Communities in Europe (InnoSI). Social Investment refers to the idea that welfare states should invest in human capital rather in passive cash transfers. It is implemented through policies and interventions aiming to build the productive capacities of citizens.  Social Investment has been called a ‘new paradigm’, displacing assumptions of the post-World War 2 welfare consensus and also the neoliberal reforms that followed it. There is some debate about the relative extent of continuity or change but Social Investment has become highly influential as a way of reframing the nature of 21st Century welfare problems and solutions.

Although quite a lot has been written about Social Investment, the focus tends to be on aggregate effects with limited reference to local implementation and practice. Innovation is an essential element of Social Investment since social policies require adaptation to new situations. Yet literature on Social Investment  hardly connects at all with social innovation. InnoSI aimed to fill these gaps. The most substantial original empirical research consisted of in-depth, multi method case studies in ten EU countries of innovative, strategic approaches to delivering social investment policy at a sub national level.

Social Investment implies that users of public services are no longer passive recipients but citizens capable of organizing their integration into society. The notion aligns closely with key principles of co-creation, especially recognizing people as assets and building human capacity. Indeed, co-creation can be understood as an extension and realization of Social Investment.

January 2019 saw the publication of an edited book based on the InnoSI case studies entitled Implementing Innovative Social Investment: Strategic Lessons from Europe. Four members of the current CoSIE consortium are editors and a further twelve contributed to chapters.

The book evaluates – in a sympathetic but critical way – the theory and practice of Social Investment as a new welfare paradigm. Social justice rather than economic efficiency was typically the main local driver reported in the chapters. This street level view of Social Investment in practice is consistent with recent scholarly perspectives on it as a tool to enhance human capabilities and not only to increase productivity.

The authors consider in particular the changing roles and responsibilities of different groups. They show the heightened importance of the ‘substantive economy’, meaning non-marketised practices by which people produce, exchange and distribute value such as volunteering, mutual aid, self-provisioning, care-giving and community activism.  They also note some emerging evidence of ‘co-creation’.

An example is an innovative, socially diverse neighbourhood called the ‘Green Sticht’ in Utrecht, the Netherlands, explained in  Chapter 9 by  Alfons Fermin, Sandra Geelhoed and  Rob Gründemann.  Inspired by the ideas of a charismatic activist preacher, the Green Sticht created an entirely new neighbourhood with an informal support system for socially vulnerable people. In doing this it circumvented the ‘not in my backyard’ sentiment present in the city. Residents who choose to move there out of idealism live alongside citizens who are formerly homeless, often with psychological and psychiatric problems. The accommodation is managed directly by residents with some support from professional staff. Formerly homeless people were involved from the beginning in the development of the ‘Green Sticht’ and currently participate in decision-making.

Co-creation, on the other hand, is absent from some interventions covered in this book, especially  where there are very widely different power positions and/or national traditions of paternalistic welfare models. Achieving co-creation in public services implies profound changes in relationships between the state and the individual. This will never be easy but it is much more challenging in some contexts than in others. That is where CoSIE has started.